Game of Thrones photoshoot - photos that you have not seen

You know very well what kind of popularity around the world gained a cult TV series Game of Thrones. This series has become so legendary that photographers and retouchers worldwide practice Game of Thrones photoshoot in different genres. Virtually all modern studios included in their list of photo retouching rates the treatment effects in the style of the saga, imbued with its atmosphere and the wild nature of the heroes.

The television serial is full of dramatic scenes, combative character and adult scenes, so why not venture a themed photo shoot, using the Game of Thrones Photoshop template, engage the brave heroes and heroines, and pay tribute to the popularity of this iconic movie? In this article we will talk about one of the most exciting Game of Thrones cast photo shoot, look at other photos of characters of the smashing hit and see why photo sessions in this style are very popular today. Perhaps you will have ideas how to transfer the dramatic universe to the rarefied world of a boudoir photo session. At the mention of boudoir photo shoots, airy dreams paint soft and delicate interiors with semi-nude stunner girls in lace underwear or black and white hot refined photos, but today such photos will surprise no one. Everyone wants something exquisite, and here comes to the rescue Game of Thrones color grading Photoshop, applicable to photos of any subject, this effect adds mysterious and fullness of deep colors. The brave or simply fans of TV series or films arrange stylized photo sessions or themed events (weddings, birthdays), so that this event will be remembered for many years, and the photos turned out to be bright and extravagant. In this article, “How boudoir photo editing influences on the advertising quality?”, the emphasis is mainly on perfumery, but the global media has long been using the trick of semi-nude photographs to attract attention. Last time, the release of new films, clips and other works are accompanied by photo shoots in the style of nude, in order to fuel hype of the public. In our case, this series did not need such a trick, millions of fans waited for the release of the last 7 Season with a heart aflutter, and now, breaking all records, we can observe a very interesting and super-bright Game of Thrones photoshoot of Aldridge for Time publication. Below you will see your precious characters in an unusual color and bright costumes. Such photos surprised and amazed all Internet users and readers of Time magazine, in principle, a British photographer wanted to achieve such an effect. One of the main heroines Emilia Clarke and heroes Keith Harrington, Lena Headey who gain great popularity after this serial, Dane Nikolaj Coster-Waldau, American actor Peter Hayden Dinklage, the young Sophie Turner and Maisie Williams – they are all depicted on the Time gloss cover.

In the digital and paper edition of this magazine an article was published by an Irish author Daniel D'Addario. His post devoted to the real and fictional world of the TV shows. The creator tells that in Belfast the filming of some episodes of the seventh season took place, by virtue whereof the owners of the publication held a photo shoot with actors in the style of pop art. Miles Aldridge took on the role of the photographer. And although this photo session is not accompanied by a special Game of Thrones Photoshop tutorial, after looking at the pictures, you can immediately understand that the picturesqueness of the photos is off scale.

It is worth noting that in the bright multi-colored clothes the characters of the TV serial look very unusual, even though the cadres perfectly convey the features of their characters. The photos are full of oversaturated colors, the photos show a high-quality body retouch, the kind of which is slightly different from the usual Game of Thrones photo filter, besides it is exposed the hard lighting and surreal settings and motifs are used, through which serial heroes and tempers are showed.

On the Interweb and on the official website of the publication, a video was published about how the photo session took place, which also featured the executive producers of the serials Daniel Brett Weiss and David Benioff. Check here “Game Of Thrones Exclusive: The Inspiration Behind The Cover With Kit Harington, Emilia Clarke | TIME”.

Of course, such a psychedelic photo session captivated the attention of all people, from ordinary viewers to professionals in the photo industry. But there were also critics who, despite the talented use of props and high-quality cadres, were not happy and shocked by the lack of the usual Game of Thrones color grading Photoshop. But any photo is an art, and every shooter has his own vision of the project, which needs to be shared with the audience. According to Miles Aldridge himself, thanks to the skillfully selected props, the central figures of the photo session look fabulous and at the same time mystical way.

In general, photographers should take note of such a surreal Game of Thrones photo effect. Perhaps you have your own ideas how to transfer this atmosphere and effects to the boudoir style of photos, but why not experiment?

Stars of the popular fantasy film series “The Game of Thrones” starred in the latest collaborative photo shoot for Entertainment Weekly.

The American edition devoted its May issue of the forthcoming premiere of the 7th Season of the Game of Thrones, publishing a photo shoot with the main characters of the series. In contrast to the previous fame photo shoot, there is an adventure spirit of the series and, you can see that Game of Thrones picture editor tried to convey it.

In particular, on the pages of Entertainment Weekly appeared cast members Isaac Hempstead Wright, Sophie Turner, Maisis Williams and Kit Harington in the form of their screen characters Brandon, Arya and Sansa Stark, as well as John Snow.

Shooting photosession was arranged on the set of the new season, where it was not even necessary to use the Game of Thrones Photoshop template, only retouch and color correction have been pressed into service. The premiere took place on July 16, 2017. But already earlier the magazine Entertainment Weekly published on its official website a series of shots from the new series of the Game of Thrones. In addition, on the eve of the premiere of the new season of the series, the performer of the role of John Snow starred in a stylish photo set for the men's gloss Esquire.

In addition, the publication Entertainment Weekly created a series of portraits of the female team of the series. Publishers claim that it is the strong women who rule the development of the series and they deserve a separate close attention. Yes, and in general the photo session turned out to be very strong. 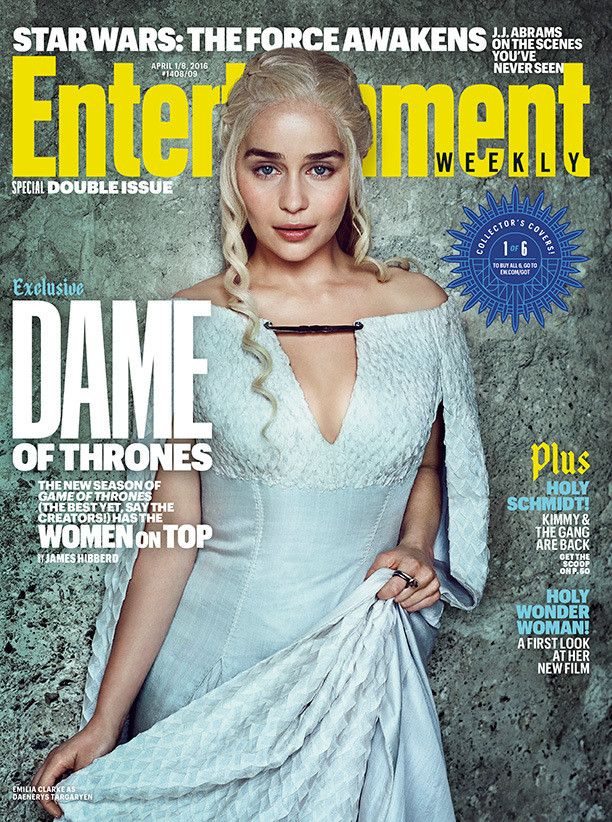 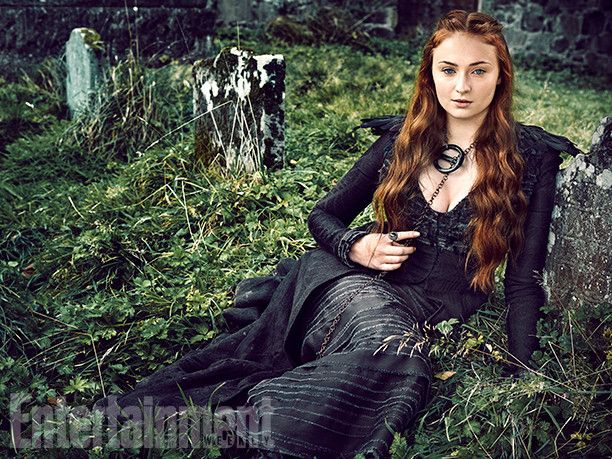 Game of Thrones photoshoot   photos which you did not see

Continuing the theme of the Game of Thrones cast photo shoot, we will dig a little deeper and return at those days when the valiants of the series were still quite young and did not even expect to become part of this magnificent picture. We will show photos of celebrities when they were not so popular.

And the story will tell us the famous British blogger Adam Whitehead, who created his blog Wertzone and wiki articles about “The Game of Thrones”. Since 2005, Adam has been working as a moderator on the Westeros.org website. In 2011, for his articles on Wertzone, he was nominated by the magazine “SFX” for the title of blogger of the year.

It all started in Belfast in 2009, when Adam met the future stars of the series. Today, the blogger shares his impressions of meeting young heroes, about how the young heroines looked and how their first meeting with the author of the book George R.R. Martin was held, who on the occasion of the release of his new book arrived in Ireland.

The blogger says that during the trial shootings of the adaptation of the saga, no one knew who the young heroes were. The meaning of his article is that then no one believed or imagined such a large-scale resonance from this series, and the actors did a great job and really went through fire and water to flaunt themselves on the covers of the magazine today. The HBO Channel showed strong characters, dramatic performances, which gave impetus to the development of various thematic events in this style. This was especially reflected in the photo industry, where the Game of Thrones photo effect and the Game of Thrones photo filter are very popular, which you can not confuse with anything. And no matter what genre of shooting, everywhere you can find the imprint of the saga “Song of Ice and Fire”. 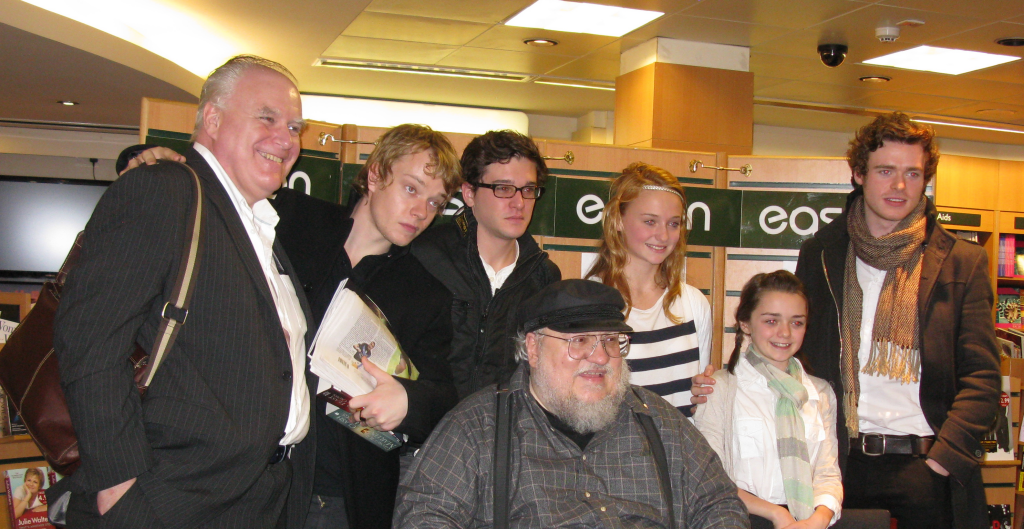 We have already shared with our readers an article entitled “Controversial fashion photography   surprise for everyone”, which amazes viewers around the world not only with the beauty of a semi-nude body, but with sensitivity and light passion. The heroes of our article also had such an unusual experience during the filming (Emilia Clarke often appeared in front of the audience and the entire film set in a teasing manner). Although in the series some heroes could replace doubles, but in a hot photoshoot no one has replaced them. Most importantly, it is the message of photography and the skillful hands of a photographer who correctly puts out the light and organizes comfortable conditions for the model. Such a photographer is proud of his digital retouching portfolio, and the high level of work and positive feedback speak for themselves.

Even if you took the task of all the necessary and fundamental work, and there was not enough strength and imagination, you can always turn to our service where our specialists will perform skin retouching online and help you fulfill your bold wishes with the help of the Game of Thrones picture editor.

Be with finger on the pulse in the field of the latest products together with us, please your customers and always improve yourself.